What an epic tennis match it was on Sunday night. Australian Open final between Roger Federer and Rafael Nadal. Roger and Rafa at their best, this time Roger won and I must admit I was barracking for him.  I equally enjoyed his speech and his post match interviews. Few gems:

What do King Federer and Emperor Marcus Aurelius have in common? 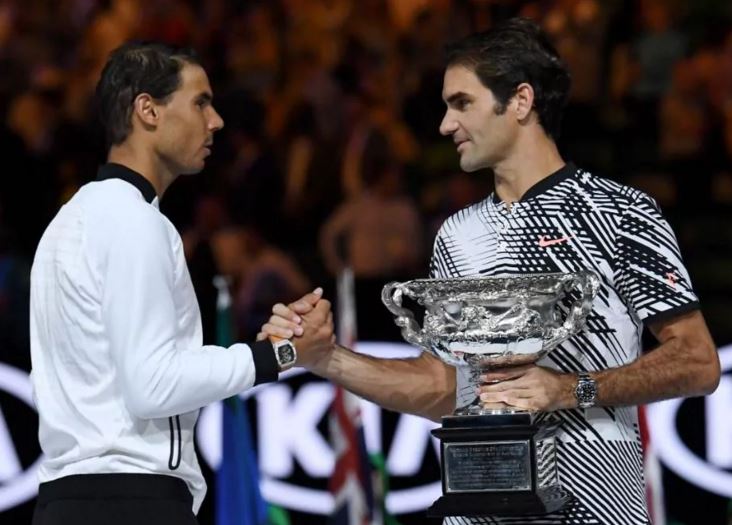 In a culture of “winner takes all”, it was a breath of fresh air to hear Federer say:

“Tennis is a tough sport and we don’t have draws but if I could have shared it today with Rafa I would have taken a draw“.

This reminded me of the power sharing story of Marcus Aurelius, the last of the Five Good Emperors of Rome. He was one of the two adopted sons of emperor Aurelius Antonius (or Antonius Pius) who did not have any sons of his own and had named Marcus as his successor. Marcus, already a talented and highly educated young man at 17, became a close companion and colleague of emperor Antonius and was trained in all arts of government for 23 years. When Antonius died (161 CE), Marcus succeeded him as emperor and although the senate planned to confirm him alone, he refused to take office unless the other adopted son and his step brother Lucius Verus received equal powers. The senate accepted, and in this manner Rome ended up being governed by two co-emperors for the first time.

Divinely-inspired dynastic arrangement instituted by the Divus Hadrian and implemented by the Divus Antoninus provided a peaceful transfer of power to “twin” emperors. The examples of earlier, more tumultuous imperial successions would have heightened the sense that the state, in a critical moment, had been saved by the new emperors. [Courtesy of cngcoins.com]

Marcus Aurelius was an extraordinary human being of many virtues. His book Meditations which is basically his personal diary notes kept over the years is a classic and a highly recommended read. You can download a free copy here.

Which is the highest prize, $3.7 million or triumph of non-attachment? 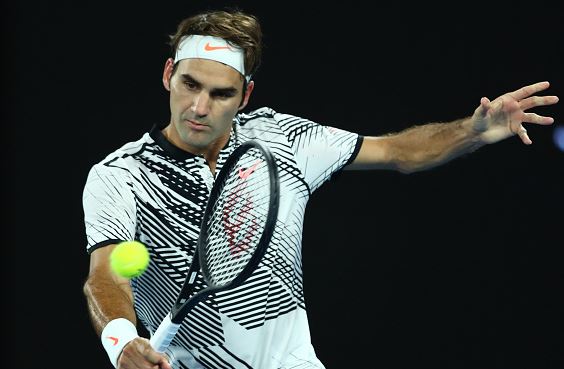 Beyond his truly legendary status, Federer seems to have always had some sort of mental weakness playing against Rafa, until Sunday night. It is clear he finally managed to overcome his attachment to winning against Rafa and was able to let go of any outcome expectations and just play. He also happened to win!

Rafa put it simply this way: “The way that he (Roger) played, he can put the balls in or out. And he put a lot of balls in.”

And Federer said: “You play the ball, you don’t play the opponent. Be free in your head, be free in your shots, go for it; the brave will be rewarded here.

Timeless wisdom teaches that non-attachment is one of the significant stages of human development towards self-realisation. It is highly rewarding, not in the sense of “winning” but liberation and personal freedom.

If this appeals to you, then start by wondering about what keeps you attached to outcomes. What blocks you from being able to let go of the outcomes while doing your best. This of course can be after having set your goals and planning to achieve them, but then to be free.

In the words of Simon Wilder, the enlightened bum in the oldie movie With Honors :

“Winners forget they are in a race, they just love to run.”

Let’s not take ourselves too seriously

Sometimes what we need to bring us back on earth and show our insignificance in the larger schema of things is the timely dropping of a bird. 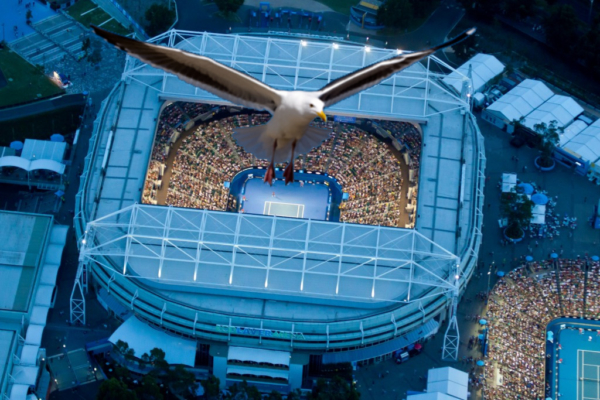 During this high octane highly charged spectacle for which scalpers were asking up to $20,000 a ticket; a tennis match where the historical rivalry, the prestige and record number of Grand Slam wins as well as the $3.7m prize money were all at stake; a bird freely flew over the stadium and did its job unaware that its cargo would land right in front of Rafa at the base line!

I don’t know what this incident meant for Rafa or Roger or the ball kid who ended up wiping it off the court at Rafa’s request; but it certainly made me laugh out loud at myself, deeply experiencing my own insignificance while enjoying the match in a lighter, more grounded state regardless of who wins.

The life lesson here is that value is something we give to people, objects and events based on our value system, our deep beliefs and the prevalent socio-cultural conventions. The bird flying over Rod Laver Arena had no idea whatsoever of the significance and value of what was going on inside the stadium. Each and every one of us and all of the existence are inherently valuable and have a unique special place in the universe. However, at the conventional level of personality the sooner we get that our value does not depend on others, external objects, or events, the sooner we might get to experience our inherent value.

By letting go of our well protected self-images and not taking ourselves too seriously, paradoxically our humility leads to our true inherent value.

Very nice comment and analysis of this exciting game and what we can learn from it!